Our first night in the Changtang.  We drove from Leh today, delayed by a day after a large rainstorm that washed out portions of the road over the 5300m pass that brings you to here, the western extension of the broad Tibetan plateau.  We are a group of 4.
This is Jerry Clayton's 4th trip with us, and he invited two friends for the trip. Our plan is simple, we have a little less than two weeks, and a short trek of about 5 days that traverses the Ladakh range. Along the way, there are numerous 5000 & 6000 meter peaks, with glaciated faces, granite ridgelines, and new routes to explore. We will make camps along the route, and then climb the peaks.
Our team is 8 with Ram Lal (horsemen), Phuntsok (cook), Kunsang (sirdar), and Gomba (assistant climbing guide). Ten horses will be hoofing the expedition gear, and we will be carrying light packs, saving our energy for the climbing.
Today's drive was fairly uneventful, with some detours between Karu and Choglamsar, as the main road was washed out.  Leaving the Leh-Manali highway, we drove out of Karu, but not before having to hide the Brit, Nick Godfrey, as he had mistakenly forgotten his passport in the hotel and with a police checkpost to pass, they would want to see it if he was spotted in the vehicle.  Nick did his best backpack interpretation, hiding underneath a yellow tarp and packs in the third seat of the Scorpio jeep.
Passing through the checkpost without a hitch, we climbed toward the Chang La, our first crossing of the Ladakh range for the trip.  Descending, we made it past our last checkpost, with Nick sighing relief, and are now in our first camp next to the creek.

6/8/15 | Doksa camp | 4847m
A three hour walk brought us to our camp today, with a textbook 300 meter gain in altitude, the team is resting and acclimatizing.  Jerry has picked up a stomach bug somewhere along the way, and has started a course of antibiotics to remedy.  Nick went for a hike in the direction we are planning to go tomorrow, and spotted a Tibetan wild ass (Kiang).  Everyone this morning had an oxygen saturation above 90 percent as we left our camp down by the lake.  Showers came through this afternoon, but looked worse than they actually were, with only a few drops falling in camp.   Dinner is chopping and preparing in the kitchen tent next door, and the quiet continues.

We've just descended from a climb of peak 6020m, with Cindy, Nick, and Jerry all making the summit. Gomba Sherpa and I were assisting.  The curse is broken. This is Jerry's fourth trip with us and we've finally made a summit with him, not without some spectacular trekking in the past 4 years.

We were just acclimatized for the climb, and we all were certainly feeling the final meters to the summit.  Cindy had a mild headache along with Nick, but both had a good general impression, and continued to the summit.  From the summit ridge you could see the Karakoram, along with Kang Yatze to the southwest.  It was Cindy's personal altitude record, with Elbrus being the highest that she had climbed.

Everyone is now resting in base camp, which we approached yesterday and everyone is really happy with. Glacial riverside, with nice grass and plenty of room to spread out.  It's nice to start at 5300m as opposed to 5000m. That extra 300m | 1000ft makes a big difference.
Ram Lal, the horseman, spotted Kiang (Tibetan Wild Ass) this morning.  He keeps an eye out as they sometimes can cause trouble with the horses.  A lone chough circled us on the summit this afternoon, and we spotted marmots here and there as we climbed and descended.
In the distant valley adjacent, we spotted many dzos grazing on the abundant grass.  Tomorrow we'll move further up the valley, into new peaks and more climbing.

A lot to catch up on, 4 days in the making.  We've since risen up to clear skies at Bulchen Togpo camp 1, went for a reccy of the upper portion of the watershed, and then packed up camp and moved to "BC 2".  It is no new camp for the Himalaya Alpine Guides, and this year is a local "doksa" camp that was currently keeping more than 50 yaks, whom had "left their mark" amongst the grassy green islets whereupon we'd erected our tents for the night.  A short trek to get there, everyone appreciated being 300 meters lower for the night, camped at 5000 meters and breathing the extra oxygen. 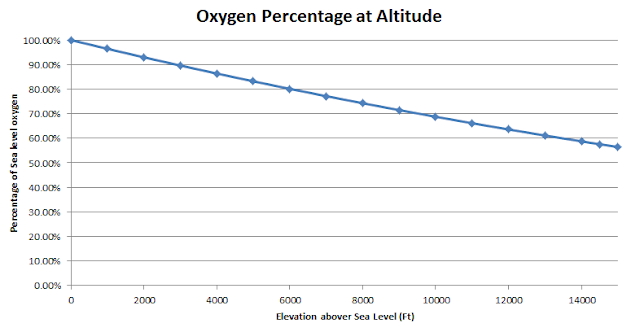 I spent the late afternoon and evening scanning the maps and photos I had taken on our previous summit, deciding on our next objective, and hence the name of our mini expedition, the "Pangong Peaks Exploratory".  We were here to climb peaks.
Onwards. We rose to clear skies, packed up the horses, and started climbing up an alluvial fan towards the base camp for our next climb.  Peppered with glacial errratics, we weaved and switchbacked our way up the wash, noticing yak furrows here and there amongst the wildflowers and heather.  The horses catching us up, I moved on with them, instructing the group to take it slow, and slower than that while climbing to our camp at 5500m with Gomba Sherpa and a packed lunch.
Cresting the toe of the ablation valley, the peak came into view on the horizon. My immediate thoughts were, "We do not have enough time for this peak."  It was beautiful, with one of the other climbers remarking later on in the day that it would be a national park if elsewhere.  Camp set, we sat and talked about our options on the peak, with one day to work with for the climb.  I knew going into this trip that we would be hurried for the objectives I had in mind for the group.  Himalayan climbing takes time.
For the first week, you simply are unwinding and your body adjusting its circadian rhythms to a new time zone, diet, and mountain life. For the second week, you are really beginning to acclimatize. The body begins acclimatizing in the first 72 hours you arrive to high altitude, but it takes far longer than that for you to begin to feel strong and for things to physiologically be "clicking" at altitude.  By the third week, you are in the groove and ready to climb.  If you interested in alpinism at altitude, you need at least three weeks, historical ascents can show you this, be it in the Alaska range, Himalayas, or the Arctic.

Back to the trip, we had a 6000 meter climb under our belt, and in just 7 days from arriving to Leh.  This was impressive with it being on a remote peak with no record of its prior ascent, regardless of it being mostly a scramble.  We were now parked at 5500m on day 10 at high altitude. Our bodies had been exposed to altitude, and we had been up above 5800m (what is considered "extreme" altitude), but we were just starting to show signs of acclimatization. Each of us were still getting elevated heart rates at rest, and shortness of breath even with a slow climbing pace.
Our oxygen saturation rates still remained in the 80's at 5000+ meters. This showed that we were OK at the elevation, but a good level of acclimatization would show us all in the 90's at 5000 meters.  This was a quick trip, and indeed we were lucky to have already climbed a 6000m peak in the first weeks of the trip.  As we got the final tent set the group rolled in and the sky fell with hail, wind, and cold.
We worked to bolster all the tents with large stones anchoring the guy lines, and then jumped in to await its passing, as the pair of other squalls that came and went thus far on the trip, as afternoon convective showers. This one wasn't leaving, and a cold came with it. The weather turned as the barometer dropped, and poking our heads out intermittently we could just see the base of the glacier, with no peak in sight.  We served dinner as the showers and wind stopped, a low had settled on us, with all the peaks in sight covered in a veil of gray, even out to the Aksai Chin.

A pizza dinner with french fries, and we headed to bed planning to wake with the sun and see what the weather held.  Occasional showers continued throughout the night, with no wind, which had me thinking the weather was sticking around, and I had no interest in getting stuck on this side of the pass with a foot or more of new snow.  When the morning came, we packed up and headed for the pass, planning to cross before any potential weather came in.
The day remained surprisingly calm, and we made it over the pass without a drop of rain or flake of snow.  I was glad nonetheless knowing we wouldn't have to back track to our starting point and the horses and everyone safe.  It's a challenge to make weather decisions in a remote area with no access to forecasts (satellite phones being illegal in India). You have to always play the conservative safe card when the weather looks even slightly marginal. I've seen to many large storms over the past few seasons to play the cards any other way.

We are now resting next to the Likche nala, Cindy and Gomba climbed a 5000 meter peak today, and Jerry and Nick rested and made plans for their canyoning trip in the Utah desert in September.  We will walk down the river tomorrow to the trailhead at Likche, where Tashi will meet us with the jeep.  Some of the members of the Nun expedition have already arrived to Leh, and we will be meeting on the morning of the 16th August in Leh to prepare to head into the Stok range for a climb of Stok Kangri.  -Luke Smithwick, guide, Himalaya Alpine Guides (www.himalaya-alpine.com)